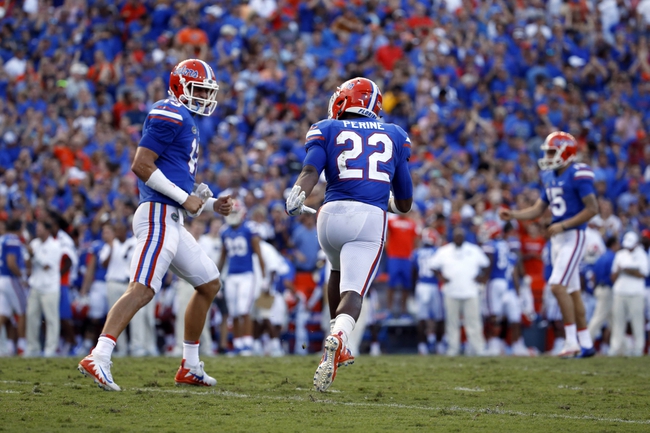 The Texas A&M Aggies go on the road to faceoff with the Florida Gators in Saturday college football.

The Texas A&M Aggies head out on the road to oppose the Florida Gators in SEC action. Texas A&M looks to rebound from a competitive 27-19 defeat at the Alabama Crimson Tide as a 25 point road underdog on Saturday that dropped the team to 4-2. The Aggies played well defensively by limiting Alabama to 355 yards and a turnover while blocking a punt out of the end zone for a safety, however the offensive side of the football struggled with 308 yards and three turnovers. To nobodies surprise A&M could not run the ball with Trayveon Williams and Keith Ford totaling 49 yards on 26 carries but the passing attack was productive. Texas A&M quarterback Kellen Mond connected on 19-29 for 237 yards and a touchdown and interception while running for a score. Williams found no room on the ground but was the Aggies top receiver with four catches for 60 yards with Christian Kirk snaring a two yard scoring toss.

The Florida Gators are hoping to avoid back to back defeats when the Texas A&M Aggies come to town in week seven. Florida fell to 3-2 on the season after a 17-16 loss to the LSU Tigers as a 1.5 point road underdog with a botched extra point being the difference. This was the definition of a defensive struggle with UF trailing 341-302 in yardage with a limited passing attack. Florida did most of their damage on the ground with Malik Davis leading the way with 90 yards on 14 totes while Lamical Perine totaled 70 yards on 12 touches with a pair of touchdowns followed by Kadarius Toney with a six carry, 52 yard performance. Gators quarterback Feleipe Franks completed 10-16 for 108 yards but nothing long to stretch the field.