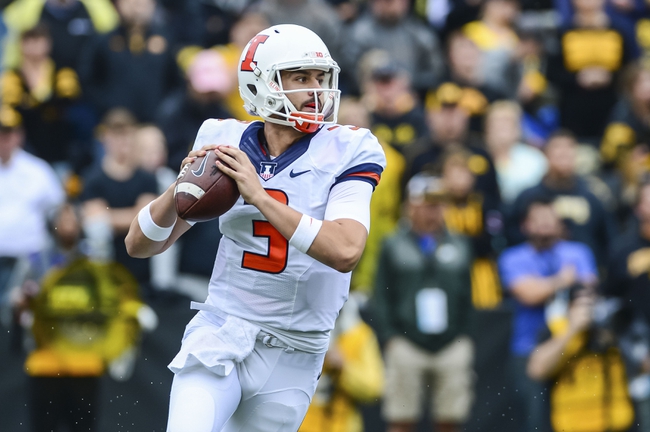 It's tough to make a case for either one of these teams, as the struggles on both sides of the ball are real. Rutgers has topped 17 points just once in five games and Illinois has given up 40-plus points twice in its last three games. The Fighting Illini can't get their quarterbacks to stop turning the ball over and the Scarlet Knights haven't won a road game since November of 2015. The one advantage is that Rutgers has had an extra week to prepare, but that hasn't stopped this program from losing games left and right. You're flipping a coin when trying to find an edge in this spot. So, in a 50-50 toss-up, I tend to side with the home team. I'll lay the field goal with Illinois if forced to pick.