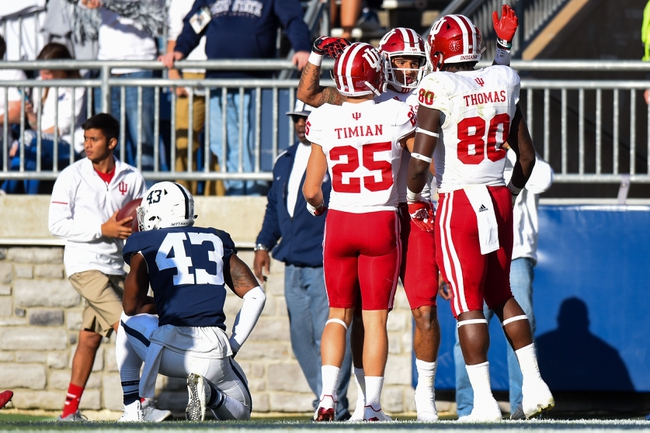 Michigan's offense really wasn't lighting things up with Speight on the field, but the Wolverines couldn't get anything going last week with O'Korn leading the way, scoring just 10 points, going 5-17 on third down and turning the ball over five times. Give Michigan State's defense credit, but remember, the Wolverines haven't topped 29 points since their September 9 win over Cincinnati. Indiana pretty much had a bye last week in a win over Charleston Southern, and they've gotten a lot better at showing up for big games at home. The Hoosiers went toe to toe with Ohio State opening day and beat a ranked Michigan State team last season. Also, the last two meetings between Indiana and Michigan have been decided by a combined 17 points. This is a game Indiana can hang around in based on Michigan's sluggish offense. I'll take the points.