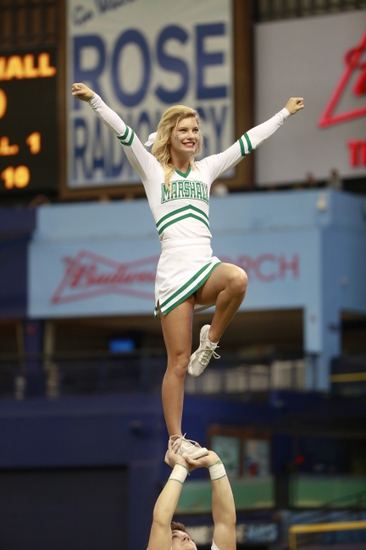 Down in Huntington at Joan C. Edwards Stadium on Saturday afternoon, the Old Dominion Monarchs and the Marshall Thundering Herd will be meeting up in college football action.

Old Dominion is currently 2-3 on the year, opening up with wins over Albany and UMass before losses to North Carolina, Virginia Tech and FAU. In that FAU game, Old Dominion QB Steven Williams went 16-of-39 for 163 yards, two scores and four picks, but Jeremy Cox had a nice game on the ground with 22 carries, 202 yards and two touchdowns.

So far this year, Williams has 387 yards, four touchdowns and five interceptions; Cox leads the Monarchs with 87 carries for 379 yards and two touchdowns. Travis Fulgham is the leader in the Old Dominion receiving corps with 14 catches for 236 yards and one TD.

Over on the Marshall side, they’re sitting at 4-1 with their lone blemish being a loss to NC State. Aside from that, the Herd have beaten Miami (OH), Kent State, Cincinnati and Charlotte. In that Charlotte game, Marshall QB Chase Litton put up a 19-of-28 line for 192 yards and two scores, with most of the work going to Tyre Brady, who had six catches for 88 yards and both TDs.

On the season, Litton has 1206 yards, 10 touchdowns and three picks, while Keion Davis is tops in the Marshall running game on 320 yards and a TD from 62 carries. Brady is the leading Herd receiver with 29 catches for 495 yards and four touchdowns.

Old Dominion hasn’t been doing a whole lot of things right this year, and Williams carries a paltry 38.8 completion percentage. In their three losses, the Monarchs have scored 23, zero and 28 points, and a chunk of that scoring was from garbage time. As for Marshall, they’ve been pretty good on defense with three or fewer points allowed in two of their last three (and 21 in the road game versus Cincinnati) and they’ve been able to do enough on offense to keep the wins coming. I like Marshall to come out firing here and manage a cover. Give me the Herd.