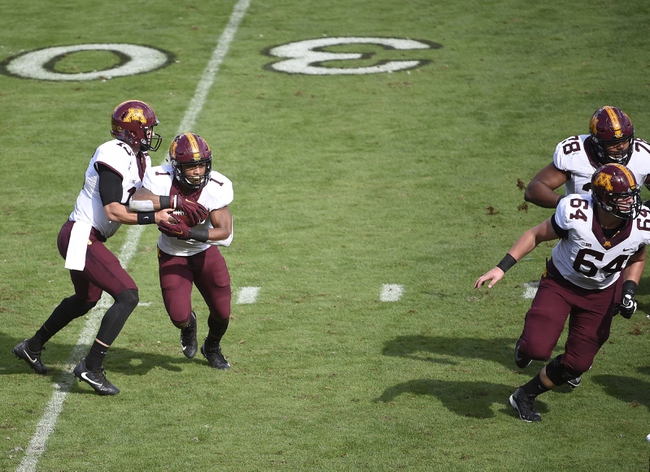 Minnesota has struggled to move the football during it's two-game losing streak, and neither Purdue or Maryland have the defense that Michigan State has. The Spartans have held Iowa and Michigan to a combined 20 points and have allowed 14 or less points in three of its four games this season overall. Let's not forget that Michigan State is probably an undefeated Big Ten contender right now if it didn't turn the ball over three times against Notre Dame. I get that this is a letdown spot for the Spartans after beating Michigan and Minnesota is good at home, but Michigan State is a well coached team and very disciplined, so you should see the same effort against the Golden Gophers. I'll lay the reasonable line with the better team on the road.