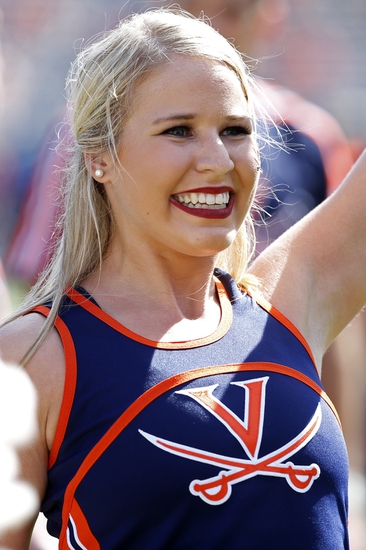 Over in Chapel Hill at Kenan Memorial Stadium the Virginia Cavaliers and the North Carolina Tar Heels will be matching up in ACC college football action.

Virginia is playing well this year at 4-1 with their lone blemish being a loss to Indiana in the second game. Otherwise, the Cavaliers have recorded victories over William & Mary, UConn, Boise State and Duke. In that Blue Devils game, Virginia QB Kurt Benkert carried the load on 24-of-43 passing for 182 yards, three scores and two picks. Jordan Ellis was the Cavs’ top rusher on 25 carries and 96 yards.

So far this year, Benkert has put up 1431 yards, 13 scores and three picks, while Ellis leads the Cavaliers in rushing with 408 yards and five TDs on 103 carries. Tops in the receiving game for Virginia is Andre Levrone, with 377 yards and four TDs on 15 catches.

Over on the North Carolina side, they’re currently 1-5, with a lone win over Old Dominion alongside losses to Cal, Louisville, Duke, Georgia Tech and Notre Dame. In that Irish game, North Carolina QB Chazz Surratt logged 179 yards, one TD and a pick on 19-of-42 passing, and also led a pretty lukewarm rush on 12 carries and 32 yards.

On the season, Surratt has 1167 yards, six scores and three touchdowns, while Jordon Brown is the lead Tar Heels rusher with 297 yards and three TDs on 65 carries. Austin Proehl is the lead North Carolina receiver with his 16 catches, 270 yards and one score.

Meanwhile, the Tar Heels are 9-3 ATS in they last 12 games in October and 10-4 ATS in their last 14 games following an ATS loss. North Carolina is also 1-4 ATS versus a team with a winning record and 1-5 ATS in their last six games overall.

Virginia has a reasonably well-balanced offense that seems to be hitting its stride. In the Cavs’ last three games, they’ve scored at least 28 points in every one and at least 38 in two of three. Virginia has a quartet of winnable games on the schedule—starting with this one—before they hit the gauntlet of Louisville, Miami (FL) and Virginia Tech to close out the year. As for the Tar Heels, they’ve got some legitimate playmakers but can’t really get anything going consistently. North Carolina’s offense has put up 17 points or fewer in each of their last three games, and 17 total in their last two. I can’t find a whole lot of reasons to think Virginia won’t roll here, so I’m taking the Cavaliers for the cover.