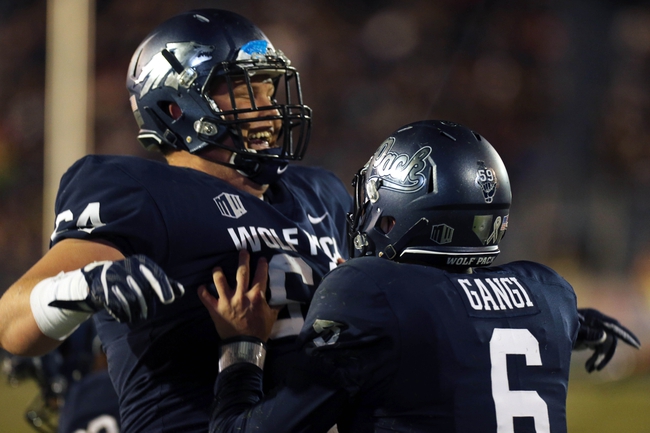 The Nevada Wolf Pack also need a victory here in order to climb out of a deep 1-6 hole. The Nevada Wolf Pack have lost four of their last six home games. Ty Gangi is completing 58.8 percent of his passes for 1,435 yards, 14 touchdowns and six interceptions. Gangi has eight touchdown passes in his last two games. McLane Mannix and Wyatt Demps have combined for 1,087 receiving yards and 12 touchdowns while Brendan O'Leary-Orange has 12 receptions. The Nevada Wolf Pack ground game is averaging 128.5 yards per contest, and Kelton Moore leads the way with 442 yards and one touchdown. Defensively, Nevada is allowing 35.6 points and 495.1 yards per game. Dameon Baber leads the Nevada Wolf Pack with 61 tackles, Malik Reed has 3.5 sacks and Vosean Crumbie has two interceptions.

Neither one of these teams is playing a lick of defense, as Air Force has allowed 28 or more points in four straight games and 130 combined points in its last three road games. Meanwhile, Nevada is 122nd in total yards allowed per game and has given up 37 or more points in four of its last six games. The over is 20-8 in the Falcons last 28 games and 6-2 in Nevada's last eight conference games. Expect to see a lot of fireworks in this game. I'll take the over in this spot.