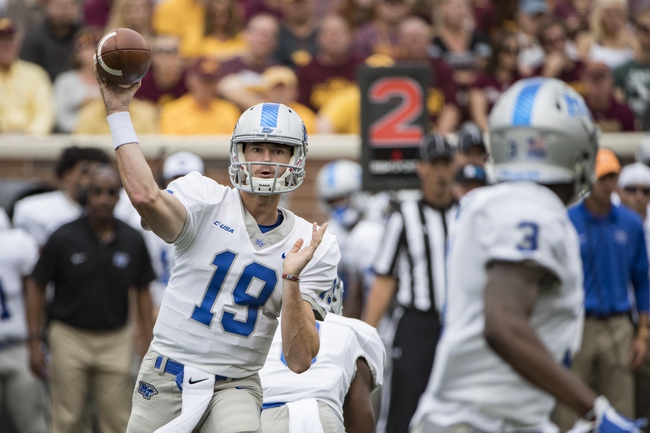 The home team has won all four meetings since these teams have met back in 2013, and Middle Tennessee is 2-1 SU at home this season with that one loss coming against Vanderbilt. Marshall is playing some really solid football right now with a defense that's allowed three or less points in three of their last four games. However, this is a chance for MTSU to get back in the division race and the place should be packed on a Friday night. Upsets happen in spots like this. I'm siding with the Blue Raiders and the points.