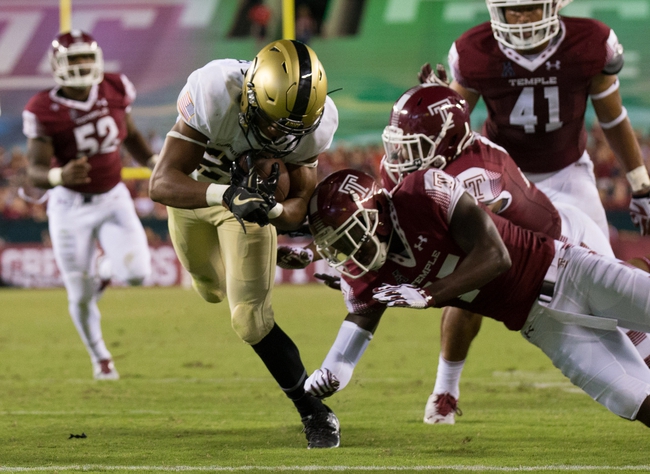 The Army Black Knights take the field with the Temple Owls in week eight college football.

The Temple Owls know that the team can’t afford any more let downs with a trip to face the Army Black Knights in week eight. Temple has struggled lately with defeats in three of four after a 28-24 loss to the visiting Connecticut Huskies as a 10.5 point favorite.  The Owls were dominant on paper with a 473-248 edge in yardage with a pair of turnovers each.

Temple tried the rushing attack with ten players getting carries but Ryquell Armstead and David Hood combined for only 60 yards on 15 touches with a touchdown apiece. The Owls did move the ball through the air with Logan Marchi going 33-54 for 356 yards and a touchdown and a costly pick six. David Hood paced the Temple receiving corps with eight receptions for 91 yards  while Kenny Yeboah caught four passes  for73 yards.

The Army Black Knights have been playing well so far and look to continue their success when the Temple Owls visit on Saturday. Army has won three straight after downing the Eastern Michigan Eagles 28-27 as the defense stopped a two point conversion with 49 seconds remaining in regulation. The Black Knights outgained the Eagles 414-364  with 37 minutes of possession with zero passing yards on five attempts.

Army was to tough to handle with nearly a seven yard average per touch with Amad Bradshaw leading the way with 171 yards and a touchdown on 19 totes followed by Kell Walker with 115 yards and another score on 14 carries while Darnell Woolfolk and Andy Davidson combined 88 yards on 16 tries.