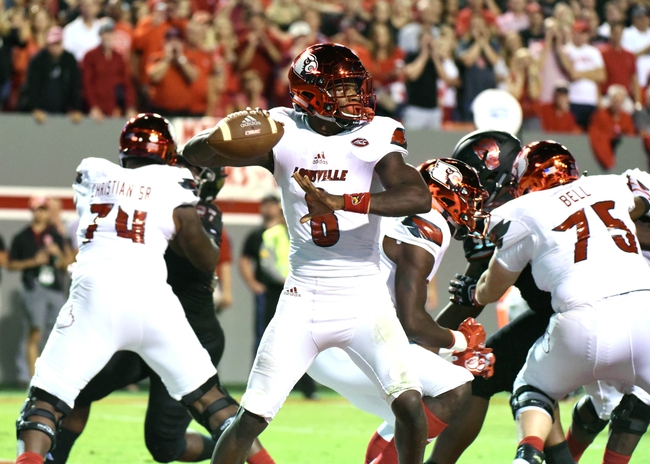 The Central Michigan Chippewas take the field with the Ball State Cardinals at Scheumann Stadium in Saturday college football.

The Central Michigan Chippewas will be trying to keep their Bowl hopes alive when the team visits the Ball State Cardinals on Saturday. Central Michigan has been struggling of late and those struggles continued in a 30-10 loss to the Toledo Rockets as a ten point home dog. The Chippewas fell behind 17-0 at the intermission and never recovered as the team was outgained 399-244 with two turnovers and 22 minutes of possession.

CMU failed to establish the run with four players logging 62 yards on 21 carries which wasn’t enough to worry the Rockets. The Chips turned to quarterback turned to quarterback Shane Morris and the passing attack and Morris connected on 17-37 for 182 yards and a touchdown with a pair of interceptions with Tyler Conklin catching a 25 yard TD strike.

The Ball State Cardinals are hosting the rival Central Michigan Chippewas Saturday with both squads looking to turn their season’s around. Ball State has dropped three straight following a 31-3 defeat at the Akron Zips in week six. The Cardinals never found their offense in falling behind 17-3 at the half with 376 yards and three turnovers doing them in.

Caleb Huntley gave Ball State a viable rushing attack with 129 yards on 25 touches with Malik Dunner chipping in with 37 yards on eight touches. The passing of quarterback Jack Miles was hit or miss as Miles completed 21-41 for 176 yards with three interceptions which had the Cardinals offense and defense in deep trouble throughout.

The MAC looks so volatile and we have two teams that are all over the map. I will look at this further and update but I honestly see little value on either side…