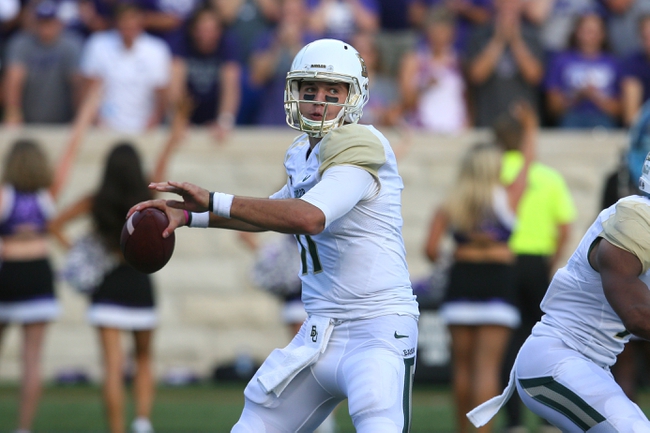 The Baylor Bears are desperate for their first win of the season to rebound from an 0-6 record. The Baylor Bears have lost five straight home games. Zach Smith is completing 52.5 percent of his passes for 1,160 yards, eight touchdowns and six interceptions. Smith has one touchdown pass and two interceptions in his last two games. Denzel Mims and Chris Platt have combined for 954 receiving yards and 12 touchdowns while Pooh Stricklin has 22 receptions. The Baylor Bears ground game is averaging 135.1 yards per contest, and John Lovett leads the way with 383 yards and three touchdowns. Defensively, Baylor is allowing 40 points and 517.7 yards per game. Clay Johnston leads the Baylor Bears with 45 tackles, Ira Lewis has 2.5 sacks and Henry Black has one interception.

Baylor went from competing in its losses to getting waxed and looking more and more inspired. Smith is not the difference maker at quarterback needed to hang in such a loaded conference, and it's led the Baylor being outscored 108-57 in its two games this season against ranked teams. Baylor also has one of the worst time of possessions in the country, which doesn't help those defensive numbers. Meanwhile, West Virginia is rolling for the most part and will be even more confident after making a monster second half comeback last week against Texas Tech. Even on the road, the West Virginia Mountaineers should roll here and add to Baylor's misery.