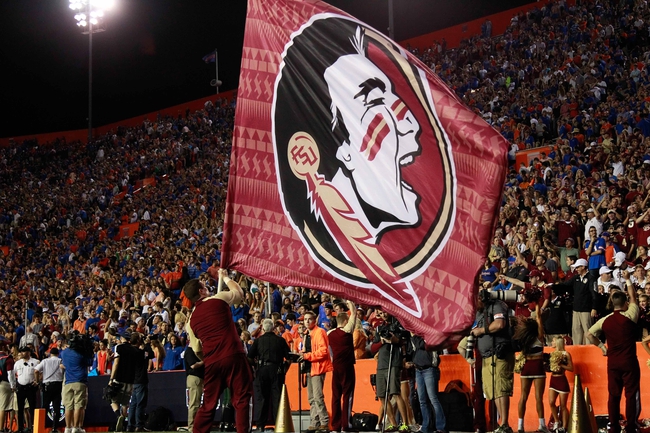 Down in Tallahassee at Doak Campbell Stadium on Saturday, the Louisville Cardinals and the Florida State Seminoles will be meeting up in college football action.

Louisville enters this game with a 4-3 record this year, beating Purdue, North Carolina, Kent State and Murray State while falling to Clemson, NC State and Boston College. In that Eagles game, Louisville QB Lamar Jackson put up 332 yards, two touchdowns and one pick, also leading the team in rushing with 22 carries for 180 yards and three scores.

So far this season, Jackson has 2322 yards, 16 touchdowns and five picks in the air and 113 carries, 690 yards and 10 scores on the ground the lead the Cardinals. Tops in receiving for Louisville is Dez Fitzpatrick, with 33 catches for 541 yards and seven touchdowns.

Over on the Florida State side, they’re 2-3 on the season, falling to Alabama, NC State and Miami with wins over Wake Forest and Duke. In that Blue Devils game, Florida State QB James Blackman put up 197 yards, a TD and two picks, while Cam Akers led the rush on 15 carries, 115 yards and one TD.

On the year, Blackman has 799 yards, five touchdowns and four picks, and Akers is the top Florida State rusher with 71 carries, 379 yards and one TD. Tops in receiving for the Seminoles is Auden Tate, who has 19 receptions, 312 yards and five touchdowns.

Louisville had no business losing to Boston College last weekend, but they allowed 42 points on defense, following 39 surrendered against NC State the game before. As for Florida State, they haven’t looked especially good lately but at least they’re hanging in games. I like Louisville to come back strong here but I’ll take Florida State to eke through there and cover.