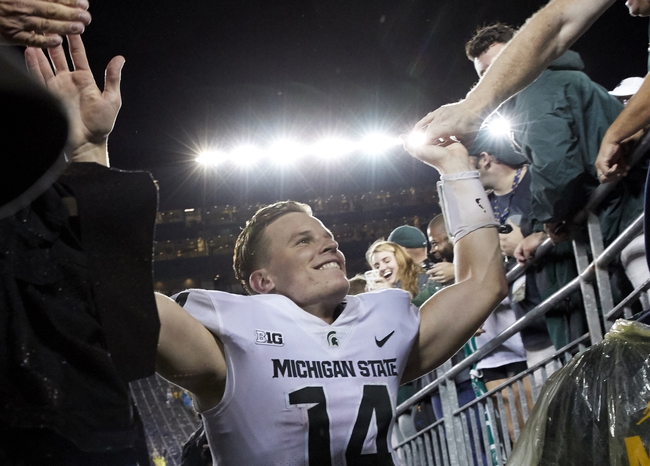 Indiana had a chance to beat Michigan last week and ended up losing in overtime after making a strong comeback. I like to fade teams coming off those emotional losses, as college kinds tend to fall for the letdown spots and struggle to get back up after a tough loss. Michigan State is coming off back-to-back impressive road victories and is starting to look more and more like the Spartans of years past. Indiana also isn't nearly the same team on the road as it is at home, averaging 85 less yards per game and was rocked by Penn State the last time it took to the road. This is a game the Michigan State Spartans should win by double digits.