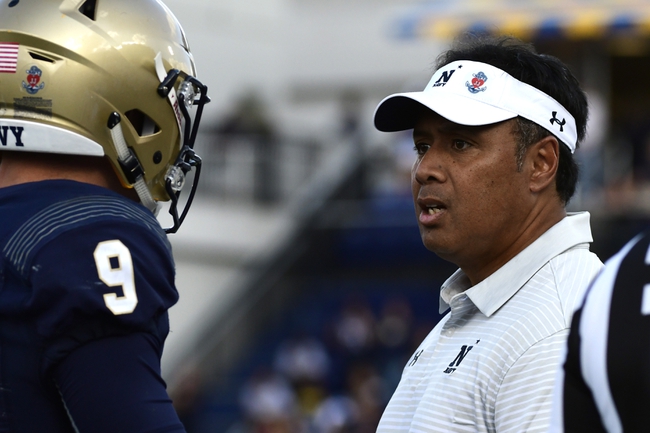 The UCF Knights look to improve to 6-0 on the season to make a push towards an AAC title. The UCF Knights have won five of their last seven road games. McKenzie Milton is completing 70.3 percent of his passes for 1,489 yards, 15 touchdowns and two interceptions. Milton has two or more touchdown passes in four of the five games this season. Tre'Quan Smith and Jordan Akins have combined for 644 receiving yards and 10 touchdowns while Dredrick Snelson has 15 receptions. The UCF Knights ground game is averaging 225.4 yards per contest, and Adrian Killins, Jr. leads the way with 291 yards and three touchdowns. Defensively, Central Florida is allowing 16.8 points and 333.2 yards per game. Pat Jasinski leads the UCF Knights with 33 tackles, Jamiyus Pittman has two sacks and Mike Hughes has two interceptions.

It's always hard to turn down free points with Navy, as the team is so well coached and tough to defend, the Midshipmen always have a chance to win, especially at home. But just like last week, it's just not a good spot or matchup. While the schedule hasn't been crazy, UCF has beaten the doors off every team its played this season and is led by one of the top quarterbacks in the country as well as a top-30 defense. The Knights are the real deal on both sides of the ball, and it's always tough for Navy to match that considering they like to run the ball every play. Get down two scores, and it's usually curtains for this team. This should be another routine victory for the UCF Knights.