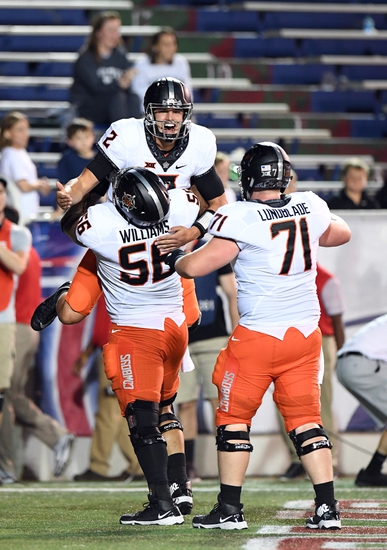 The Louisiana-Monroe Warhawks visit the South Alabama Jaguars Saturday. Louisiana-Monroe saw their three game winning streak come to an end in a 47-37 defeat at the Georgia State Panthers as a four point road favorite.  ULM fell behind 26-10 at the half and couldn’t get enough stops over the final two quarters to come back as the Panthers amassed a 670-431 yard advantage.  UL Monroe tried to establish the run with zero as seven players ran 37 times for a mere 117 yards.

The Warhawks did all their damage through the air with Caleb Evans going 9-14 for 89 yards before Garrett Smith took over and completed 14-23 for 225 yards and three touchdowns with Marcus Green catching two throws for 98 yards and a touchdown while returning a kick 93 yards to set up another score.

The South Alabama Jaguars will try to save their season when the Louisiana-Monroe Warhawks pay a visit Saturday. South Alabama come off a huge 19-8 upset of the Troy Trojans as an 18 point road underdog n week seven. The Jaguars led 19-0 before Troy broke the shutout late in the 4th. USA trailed 299-236 in yardage but were bolstered with three fumble recoveries and an interception. South Alabama tried with no success to run the ball six players running 41 times for 60 yards.

USA found some production through the air with Cole Garvin completing 4-10 for 56 yards and an interception before Dallas Davis connected on 7-10 for 120 yards and a touchdown. Tra Minter paced the Jaguars receiving corps with three receptions for 83 yards while  Malik Stanley caught a 14 yard scoring toss.

This might be something of a letdown spot for South Alabama but the bottom line for me is I'm getting points with Louisiana-Monroe...