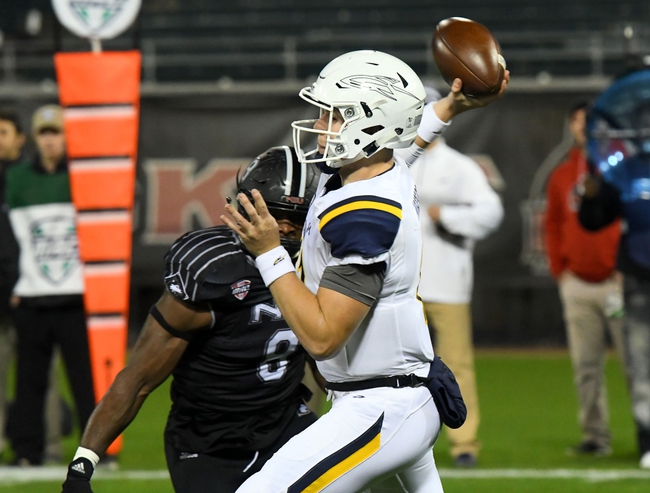 The Toledo Rockets will travel to Scheumann Stadium to take on the Ball State Cardinals this Thursday night in College Football action.

The Ball State Cardinals lost their 4th straight game and dropped to 2-5 (0-3 MAC) on the season after falling to the Central Michigan Chippewas 56-9, this past Saturday. Ball State had a rough day as the offense could only manage 3 field goals while the defense couldn't stop the Central Michigan offense from moving the ball all over the field. The Cardinals were outgained by a 455-214 margin and each team had 1 turnover. Leading the way for Ball State was QB Jack Milas who completed 18 of 30 passes for 118 yards. On the season, the Cardinals are averaging 19.4 ppg on 345.7 total yards per game (207.0 passing yds/g; 138.7 rushing yds/g). Offensively, Ball State is led by RB Caleb Huntley who has 3 TD’s on the season while averaging 66.7 yds/g on 13.9 att/g. QB Jack Milas, who has filled in for injured starter Riley Neal, has completed 53.4% of his passes for 6 INT while averaging 104.4 passing yds/g. Zack Blair played the whole 4th quarter verse the Chippewas as Milas left with an injury that will need to be monitored. The Cardinals WR’s are led by Justin Hall (6.6 rec/g, 70.0 yds/g, 2 TD) and Riley Miller (3.0 rec/g, 33.1 yds/g). Defensively, Ball State is allowing their opponents to an average of 34.7 ppg on 385.4 total yds per game (223.4 passing yds/g, 162.0 rushing yds/g). The Cardinals have forced 8 turnovers on the season and have an overall turnover margin of –6.

Toledo looks like the team to beat in the MAC and have been outstanding on the offensive end this season as the Rockets currently rank 20th in scoring offense. Ball State comes into this matchup banged up and has really struggled on both sides of the ball as the Cardinals rank 119th in scoring offense and 107th in scoring defense. Toledo can put up points in bunches and as Ball State should have trouble putting many points on the board, I think the Rockets cover this large spread. Take Toledo to cover.