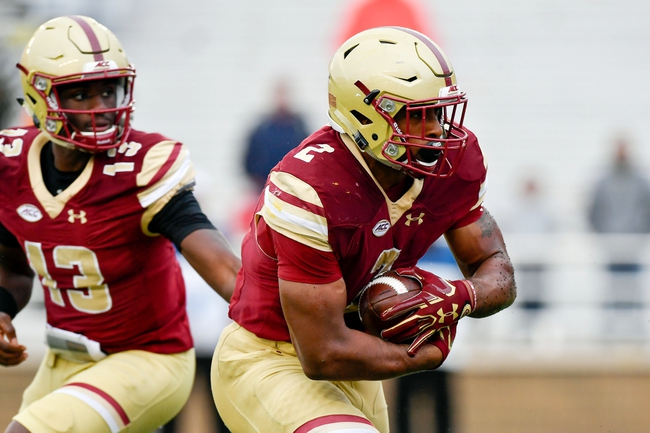 Boston College has not won a game against Florida State since 2009, and if there was ever a chance to end that streak, it would be now. Florida State is simply not a good football team right now, as consistent offensive production is like pulling teeth and now the defense is allowing big plays left and right. Boston College has topped 40 points in back-to-back weeks, won two tough road games against Louisville and Virginia, and has shown to be one of the better pass defenses in the country that includes 12 interceptions. Alumni Stadium is going to be packed, loud, and FSU could easily check out if it gets down early. The Seminoles are a depressed football team that may have lost motivation the rest of the way. Boston College could add to that misery. Give me the points.