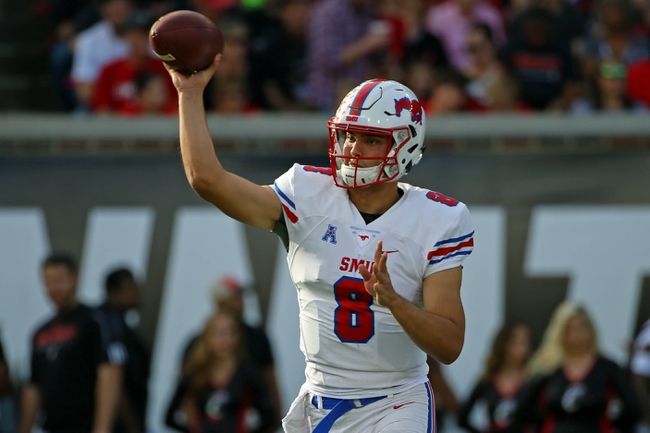 The SMU Mustangs hope to remain unbeaten at home to stay in the thick of the AAC West division race. The SMU Mustangs have won five of their last eight home games. Ben Hicks is completing 60.2 percent of his passes for 1,967 yards, 17 touchdowns and six interceptions. Hicks has two or more touchdown passes in 13 of his last 15 games. Trey Quinn and Courtland Sutton have combined for 1,343 receiving yards and 14 touchdowns while James Proche has 19 receptions. The SMU Mustangs ground game is averaging 183.1 yards per contest, and Xavier Jones leads the way with 547 yards and four touchdowns. Defensively, SMU is allowing 30.6 points and 437 yards per game. Mikial Onu leads the SMU Mustangs with 51 tackles, Justin Lawler has 6.5 sacks and Jordan Wyatt has two interceptions.

Tulsa simply isn't the same Tulsa we're used to seeing, as it's lost five of its last six games, including last week against UConn despite being favored on the road. SMU has played its best ball this season at home where its won all four of its games in blowout victories. Based on how the Golden Hurricane have played this season, it's tough making a strong case for them on the road. SMU has been really sharp at home and is coming off a feel good road overtime victory over Cincinnati. This should be a double-digit victory for the home team.