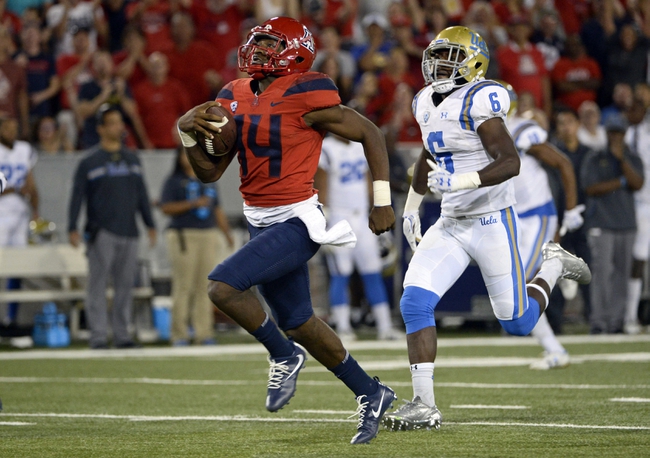 The 15th ranked Washington State Cougars will travel to Arizona Stadium to take on the Arizona Wildcats this Saturday night in College Football action.

Washington State had a nice bounce back victory against Colorado and have one of the better QB’s in the country in Luke Falk. Arizona comes into this game winners of 3 straight games and has been outstanding since going with QB Khalil Tate who has been running over teams the last few weeks. Washington State is an outstanding team, however, they have yet to really show they can put up the same type of performance on the road as they’ve done at home and as I think the Arizona defense is somewhat underrated, I think the Wildcats at worse cover with the points.