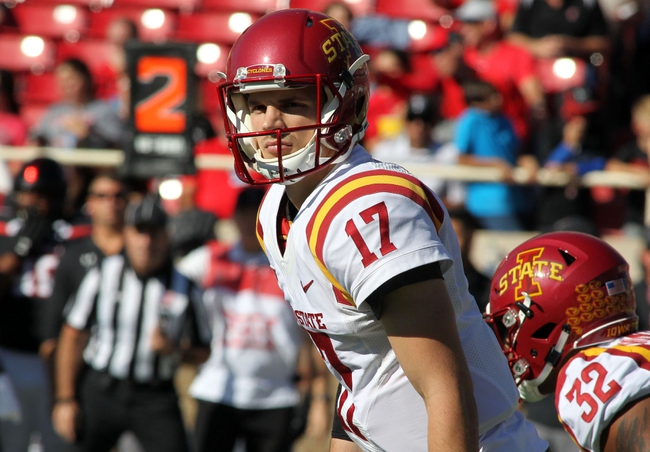 The TCU Horned Frogs hope to improve to 8-0 on the season to remain in the thick of the CFB playoff race. The TCU Horned Frogs have won five straight road games. Kenny Hill is completing 70.2 percent of his passes for 1,728 yards, 15 touchdowns and three interceptions. Hill has four or more touchdown passes in three of the seven games this season. John Diars and Jalen Reagor have combined for 640 receiving yards and six touchdowns while KaVontae Turpin has 23 receptions. The TCU Horned Frogs ground game is averaging 198.2 yards per contest, and Darius Anderson leads the way with 532 yards and six touchdowns. Defensively, TCU is allowing 14.9 points and 291.3 yards per game. Travin Howard leads the TCU Horned Frogs with 51 tackles, Ben Banogu has 4.5 sacks and Nick Orr has two interceptions.

TCU has done nothing but find ways to win games this season, which includes road wins over Arkansas, Kansas State and Oklahoma State. Iowa State is having one of its better seasons in recent memory, as the Cyclones are fresh off road wins over Oklahoma and Texas Tech, and they have a shot at four straight victories in one season for the first time since 2005. There's something special about these Cyclones, as they fight on both sides of the ball and seem to be gaining confidence each week. You can expect Jack Trice Stadium to be packed, and of course that's a place that has seen a lot of funky upsets over the years. This game could come down to the wire. I like Iowa State and the points.