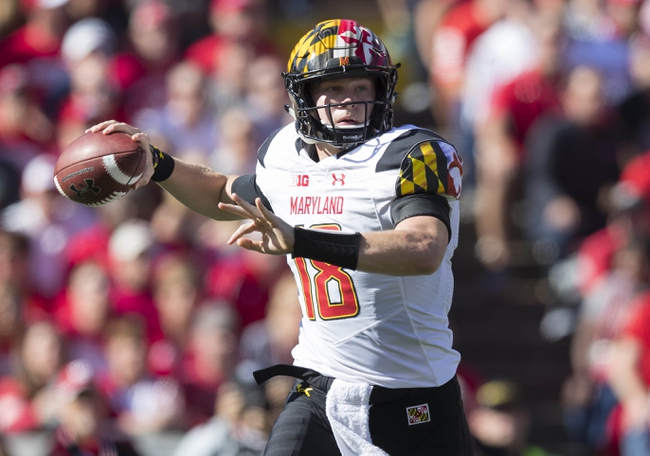 The Indiana Hoosiers could use a big road victory here to get back to a .500 record. The Indiana Hoosiers have lost five of their last seven road games. Peyton Ramsey is completing 62.8 percent of his passes for 973 yards, seven touchdowns and four interceptions. Ramsey has one or less touchdown passes in four of his last five games. Simmie Cobbs Jr. and Luke Timian have combined for 730 receiving yards and three touchdowns while Ian Thomas has 17 receptions. The Indiana Hoosiers ground game is averaging 131.2 yards per contest, and Morgan Ellison leads the way with 473 yards and three touchdowns. Defensively, Indiana is allowing 24.6 points and 341.7 yards per game. Tegray Scales leads the Indiana Hoosiers with 56 tackles, Allen Stallings IV has 2.5 sacks and Jonathan Crawford has one interception.

After a strong start to the season, Maryland is back to being Maryland, a team that struggles on both sides of the ball and getting blown out weekly. Indiana doesn't have a ton of victories in its own right, but it hung around with Ohio State opening week, took Michigan to overtime and had its chances to beat a hot Michigan State squad. The Hoosiers are a tough football team that competes and could easily have a winning record with a bounce here or a bounce there. Indiana is simply the better team between these two, and if the Hoosiers bring the same energy they've played with all season, they'll win and cover this weekend.