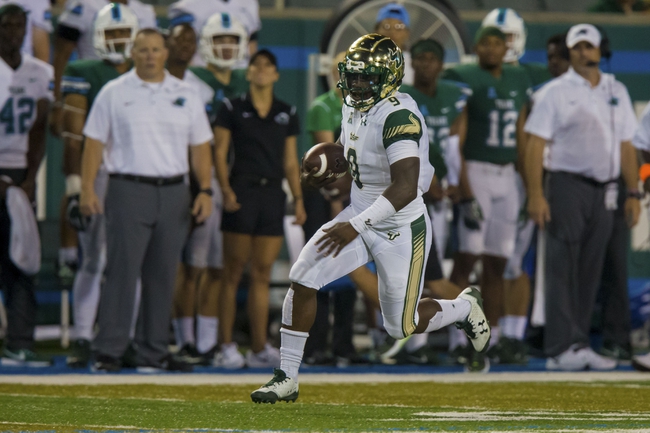 Houston has had issues defensively the past two weeks, allowing a combined 87 points, and the Cougars overall have had trouble against the better teams they've faced this season. Well, USF is argubly the best team Houston will face all season long, a team that's scored no less than 31 points this season and has won six of its seven games by double digits. Based on what we've seen from the Houston Cougars as of late, it's hard seeing this game being any different for the South Florida Bulls. Look for the home team to score a lot of points and for the Cougars to ware down over time.