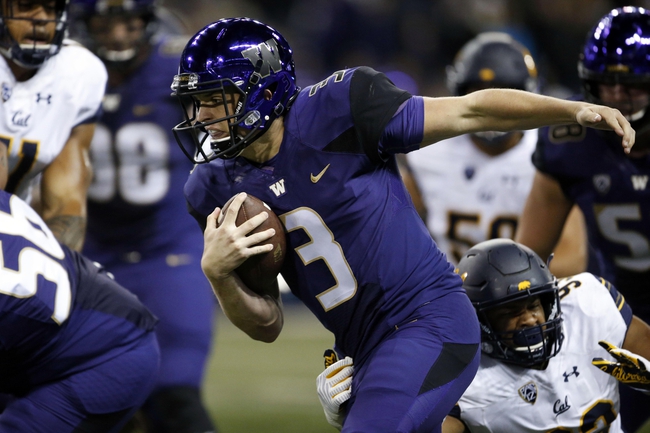 The UCLA Bruins will travel to Husky Stadium to take on the 12th ranked Washington Huskies this Saturday afternoon in College Football action.

UCLA has won 2 of their last 3 games and have one of the better QB’s in the country in Josh Rosen, however, the Bruins have been hurt by their defense that comes into this matchup ranked 113th in scoring defense. Washington couldn’t get anything going on the offense end against Arizona State however, the Huskies still have one of the better overall teams in the country as the Huskies rank 21st in scoring offense and 3rd in scoring defense. Washington’s offense should be able to get back on track at home against a weak Bruins defense and as I think the Rosen will struggle against the stout Huskies defense, I think Washington covers this large home spread. Take Washington to cover.