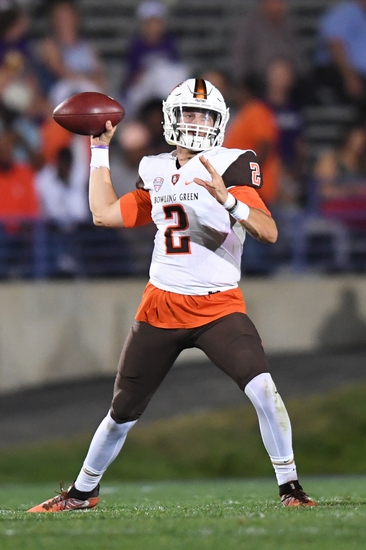 The Bowling Green Falcons visit MAC rival the Kent State Golden Flashes on Saturday. Bowling Green fell to 1-7 on the season following a 48-17 defeat to the Northern Illinois Huskies as a two touchdown home dog. The Falcons struggled to get defensive stops with 577 yards given up while totaling 367 yards with five turnovers including a lost fumble ending up in their end zone.

Andrew Clair was Bowling Green’s biggest threat with 108 rushing yards on 15 carries but the offense needed a big performance in the air given the score. BGSU quarterback James Morgan completed 7-12 for 71 yards and a touchdown including a pair of interceptions while Grant Loy came on in relief and hit 6-11 for 104 yards and a pick. Datrin Guyton and Scott Miller were the Falcons top receivers with a combined five catches for 100 yards.

The Kent State Golden Flashes are looking to get in the win column for the third time this year when the Bowling Green Falcons come to town in week ten. Kent State fell to MAC foe the Ohio Bobcats 48-3 on Saturday where the Bobcats rode a 35-0 second half run to an easy victory. The Golden Flashes were outgained 474-166 which magnified a pair a pair of turnovers and nine penalties.

Quarterback George Bollas gave Kent State a few yards through the air with a 6-14 effort for 61 yards with Will Matthews catching a single pass for 36 yards. Justin Rankin was the Golden Flashes rushing attack with 47 yards on seven carries. The bottom line for Kent State was the team punted ten times and didn’t slow down the Bobcats offense.