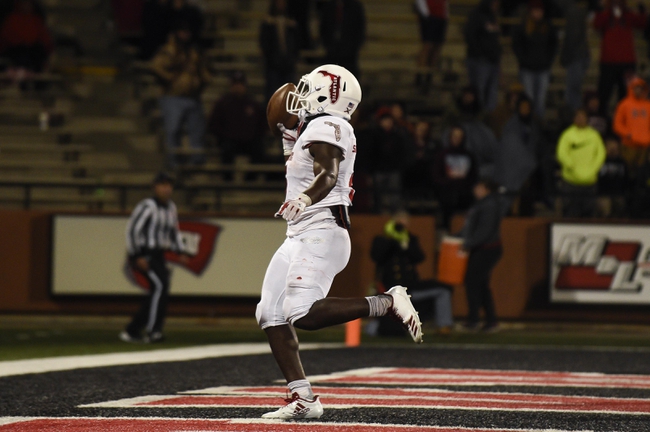 The FAU Owls look for a fifth straight victory to inch closer to the C-USA Championship. The FAU Owls have won four of their last five home games. Jason Driskel is completing 62.1 percent of his passes for 899 yards, four touchdowns and three interceptions. Driskel has three touchdown passes and two interceptions in his last three games. Willie Wright and DeAndre McNeal have combined for 709 receiving yards and five touchdowns while Harrison Bryant has 23 receptions. The FAU Owls ground game is averaging 295.8 yards per contest, and Devin Singletary leads the way with 1,053 yards and 18 touchdowns. Defensively, Florida Atlantic is allowing 26.8 points and 427.5 yards per game. Azeez Al-Shaair leads the FAU Owls with 75 tackles, Leighton McCarthy has three sacks and Chris Tooley has four interceptions.

This should be a fun game between two teams in very good form, and Marshall has won three straight road games. However, FAU has been possibly the hottest offensive team in the country over the last month and has the running game to wear down Marshall while keeping the offense off the field. Florida Atlanta has scored no less than 38 points in its last four games and after watching Marshall get torched by FIU at home, there's no telling how many points the Owls will drop here. I'll take FAU by double digits, as this is a team I'm not trying to get in the way of right now.