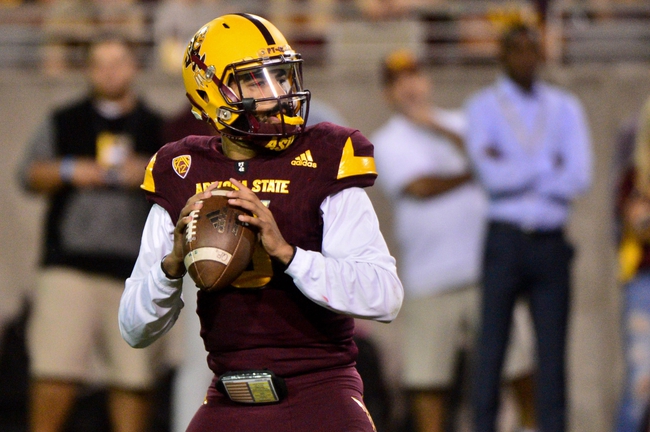 The Colorado Buffaloes will travel to Sun Devil Stadium to take on the Arizona State Sun Devils this Saturday night in College Football action.

Colorado’s offense bounced back in a big way a week after their starting QB was benched in a 28-0 loss against Washington State, however, the Buffaloes have struggled as of late losing 4 of their last 6 games. Arizona State took a step back against USC, as after beating Oregon, Washington, and Utah over the past 4 weeks, the Sun Devils defense had no answers for the USC offense. Both of these teams are hard to read as you just don’t know what you’re going to get from either side of the ball on any given week, however, I’ve been more impressed with the Sun Devils this season who have generally played well at home this year and as Colorado just doesn’t seem to perform on the road, I’m going to take Arizona State to cover this small spread.