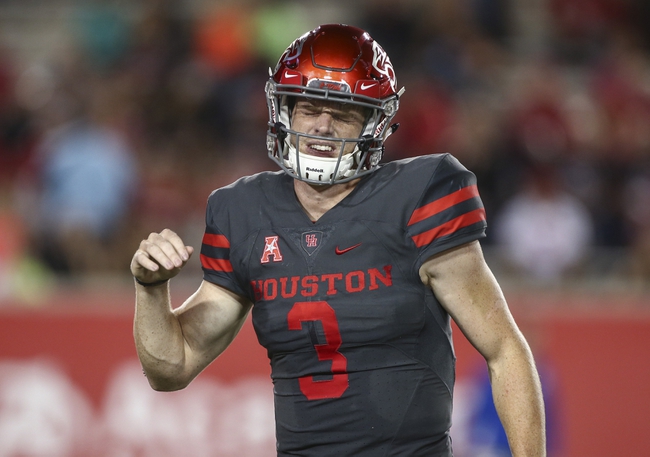 The Houston Cougars hope to build on their upset victory over USF while becoming bowl eligible for a fifth straight year. The Houston Cougars have won eight of their last 10 home games. Kyle Postma is completing 66.5 percent of his passes for 1,125 yards, five touchdowns and six interceptions. Kyle Allen and Postma have combined for nine touchdown passes and 10 interceptions this season. Steven Dunbar and Linell Bonner have combined for 1,029 receiving yards and four touchdowns while D'Eriq King has 29 receptions. The Houston Cougars ground game is averaging 183.1 yards per contest, and Duke Catalon leads the way with 519 yards and seven touchdowns. Defensively, Houston is allowing 24 points and 422.6 yards per game. D'Juan Hines leads the Houston Cougars with 79 tackles, Ed Oliver has 2.5 sacks and Garrett Davis has four interceptions.

Houston's only blowout win this season was against Rice, as the Cougars have either lost or won by 13 or less points in every game this season. You can talk about East Carolina's defense all you want, and it is bad, but the Pirates can score enough points to compete, as they've scored 21 or more points in four of their last five games and are fresh off an impressive showing against BYU. This also has a bit of a letdown feel for the Cougars after they topped South Florida last week. I'll take a stab with the points here and the road team.