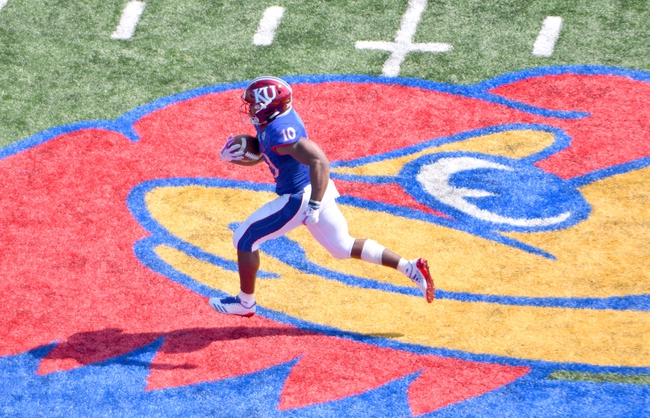 The Baylor Bears and Kansas Jayhawks meet Saturday in college football action at the Memorial Stadium.

The Baylor Bears are still looking for their first win of the season after a brutal 0-8 record. The Baylor Bears have lost six straight road games. Zach Smith is completing 52.6 percent of his passes for 1,458 yards, eight touchdowns and seven interceptions. Smith has zero touchdown passes and two interceptions in his last three games. Denzel Mims and Chris Platt have combined for 1,128 receiving yards and 12 touchdowns while Pooh Stricklin has 23 receptions. The Baylor Bears ground game is averaging 121.1 yards per contest, and John Lovett leads the way with 405 yards and five touchdowns. Defensively, Baylor is allowing 39.5 points and 503.3 yards per game. Clay Johnston leads the Baylor Bears with 54 tackles, Ira Lewis has 3.5 sacks and Henry Black has one interception.

This is going to be Baylor's best chance to get a victory this season, but even as bad as Kansas is, nobody ever wants to be the first team to lose to the team that can't win a game. You can make a case for the Jayhawks and the points here as more of a fade from Baylor than anything else. However, Baylor isn't your typical winless team, as the Bears have lost 50 percent of their games by eight or less points. Majority of those games have come against teams far more talented than Kansas. The Jayhawks struggles are well documented, and all seven of their losses have been by double digits. I wouldn't touch this game with a 10-foot pole, but Baylor is the better team here by a mile.