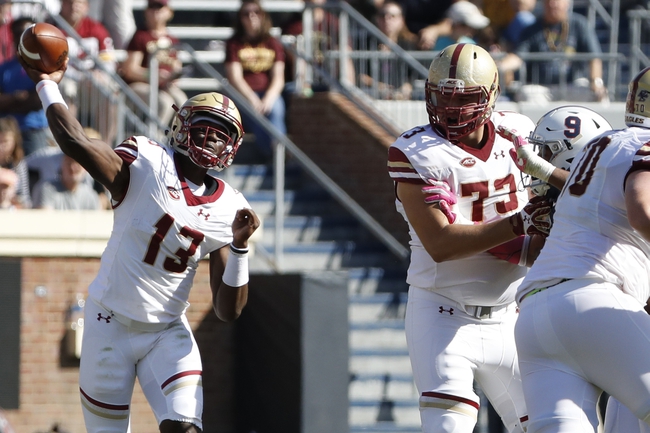 The North Texas Mean Green look for a road win at conference rival the Louisiana Tech Bulldogs in week ten. North Texas is shooting for back to back wins after outscoring the Old Dominion Monarchs 45-38 as an eleven point home favorite on Saturday. The Mean Green led 460-386 in yards with a 3-2 advantage in turnovers in a somewhat sloppy contest.

UNT was average running the ball but also productive with Nic Smith totaling 71 yards on 18 touches with a pair of touchdowns. North Texas quarterback Mason Fine completed 25-36 for 309 yards with a TD and an interception. Rico Bussey Jr. was the top Mean Green receiving option with seven catches for 111 yards and a touchdown while Evan Johnson  return a blocked punt 40 yards for six.

The Louisiana Tech Bulldogs are in need of a few wins to snag a Bowl invitation. Louisiana Tech prevented a three game slide with a 42-28 win at the Rice Owls on Saturday as an 11.5 point favorite. La Tech scored early and often  but needed a scoring run with a minute left and a 37 yard pick six  from Trey Spencer with 36 seconds remaining to secure the win. The Owls outgained the Bulldogs 434-417 but committed four turnovers which was the deciding factor.

Boston Scott paced Louisiana Tech on the ground with 87 yards on 17 totes with three  touchdowns with Jared Craft chipping in with 67 yards and a score on 13 carries. Bulldogs quarterback J’mar Smith completed 21-32 for 237 yards and a touchdown with favorite target Teddy Veal hauling in eleven passes for 118 yards.