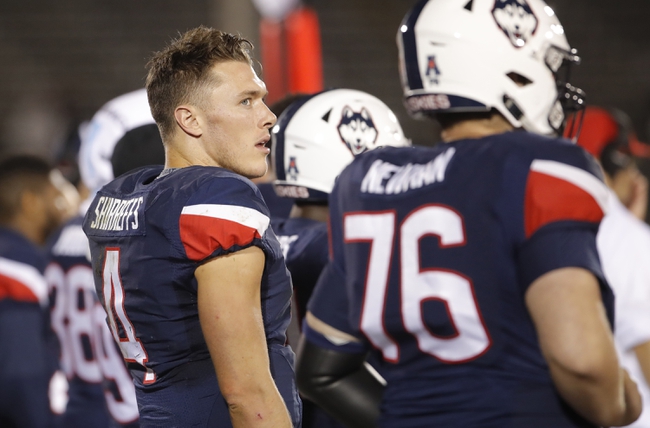 The UConn Huskies look for their first win over a ranked team this season while giving themselves a shot at becoming bowl eligible. The UConn Huskies have lost six of their last eight home games. Bryant Shirreffs is completing 65 percent of his passes for 2,154 yards, 13 touchdowns and four interceptions. Shirreffs has one or less touchdown passes in six of his last 10 games. Hergy Mayala and Arkeel Newsome have combined for 865 receiving yards and seven touchdowns while Aaron McLean has 19 receptions. The UConn Huskies ground game is averaging 130.6 yards per contest, and Nate Hopkins leads the way with 301 yards and seven touchdowns. Defensively, UConn is allowing 38.5 points and 548.4 yards per game. Junior Joseph leads the UConn Huskies with 68 tackles, Cole Ormsby has six sacks and Tyler Coyle has two interceptions.

USF has been a little shaky recently, as it barely escaped Tulane and just lost to Houston despite being a decent favorite. Flowers isn't throwing for touchdowns all of a sudden and the defense has allowed more than 800 yards in the last two games combined. That's good enough reason to back UConn and the points at home. However, the Huskies have gotten blown out by every team this season that has more talent than them. UConn has also scored 28 or less points in six of its eight games, something that won't be good enough to hang with USF even if its struggling. Won't bet this game with better options on the board, but if forced to pick, USF should blow things out.