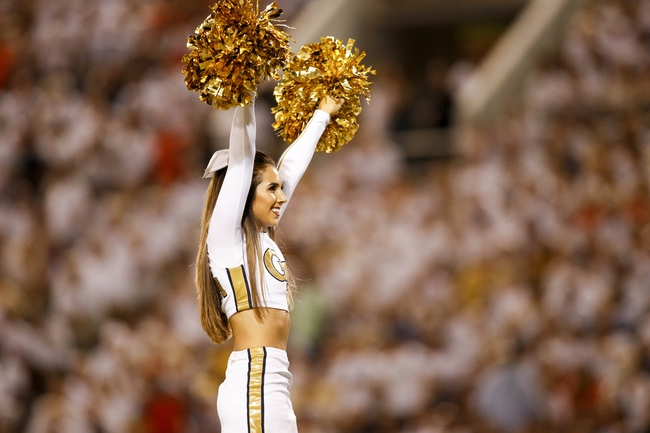 Down at Scott Stadium on Saturday, the Georgia Tech Yellow Jackets and the Virginia Cavaliers will be meeting up in college football activity.

Georgia Tech comes into this game with a 4-3 record so far this year. The Jackets have lost two of their last three games, though, beating Wake Forest and falling to Miami (FL) and Clemson. In that Tigers game, Georgia Tech RB KirVonte Benson led the rush on 16 carries and 129 yards.

On the season, Georgia Tech QB TaQuon Marshall has 488 yards, five touchdowns and zero picks, and Benson is the top rusher with 133 carries, 781 yards and five scores. Tops in receiving for the Yellow Jackets is Ricky Jeune, with 17 receptions, 284 yards and three TDs.

Over on the Virginia side, they’re currently 5-3 on the season. The Cavaliers had a four-game win streak going but have lost their last two games versus Boston College and Pittsburgh. In that Panthers game, Virginia QB Kurt Benkert logged 212 yards, two touchdowns and one INT.

So far this year, Benkert has 2018 yards, 17 touchdowns and five picks, and Jordan Ellis is the top Cavaliers rusher with 157 carries, 660 yards and five scores. Olamide Zaccheaus leads Virginia in receiving on 585 yards and four touchdowns from 57 catches.

Georgia Tech doesn’t have a whole lot going on offense aside from Jeune and their running game, as evidenced by Marshall’s whopping three completions for 32 yards in the Clemson loss. When the rush isn’t fully there, the Jackets can’t deal so well. As for Virginia, their offense has stalled out lately, putting up just 24 total points in their last two games. Still, I like the more well-rounded Cavaliers to cover here.