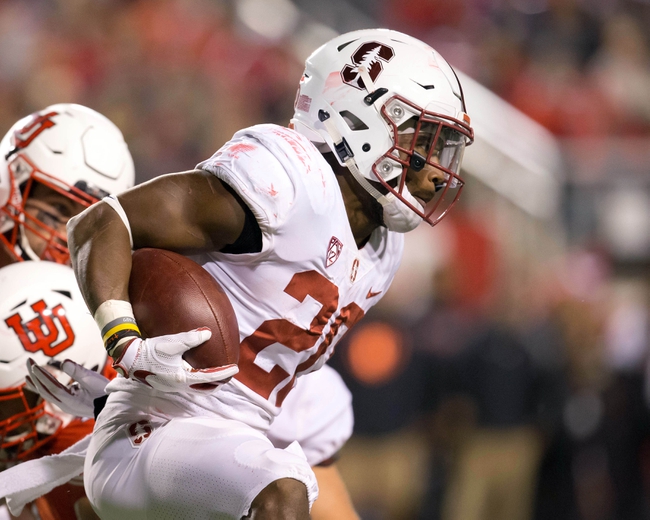 The 18th ranked Stanford Cardinal will travel to Martin Stadium to take on the 25th ranked Washington State Cougars this Saturday afternoon in College Football action.

Stanford comes into this game winners of 5 straight, however, the Cardinal really didn’t look like the same team we’ve seen in recent weeks with RB Bryce Love available. Washington State once again struggled on both sides of the ball on the road and it will be interesting to see how the QB position plays out this week for the Cougars as it was hard to argue that backup, Tyler Hilinski, was much more productive than longtime starter, Luke Falk. Washington State has been tough at home this season, however, I think the Cougars defense is going to have trouble with Bryce Love in this one (make sure he is playing!) and I’m going to take Stanford and the points on the road.