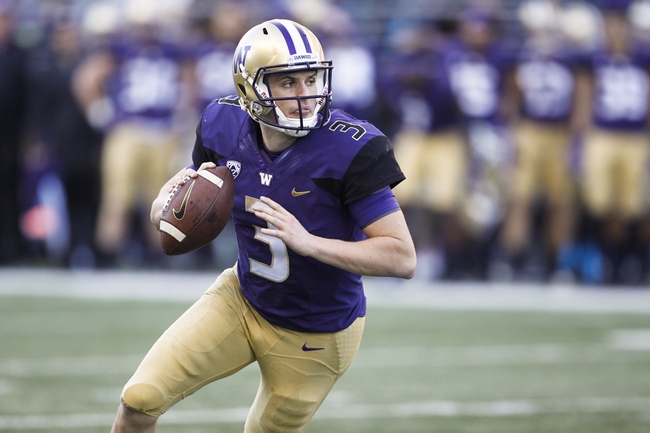 The Oregon Ducks will travel to Husky Stadium to take on the 12th ranked Washington Huskies this Saturday night in College Football action.

Oregon picked up an impressive win against Utah, considering that they were able to run at will against a Utah defense that usually is pretty tough to run on. Washington dominated UCLA on both sides of the ball and comes into this game with one of the best defenses the country as the Huskies currently rank 4th in all of college football in scoring defense. This game has yet to be lined as Oregon might be getting their starting QB, Justin Herbert, back for this game, however, even if the Ducks have Herbert, I think the Washington defense is just too good and that the Huskies will dominate at home. Please check back when the line is posted, but unless it’s a crazy number, I’m picking Washington to cover.