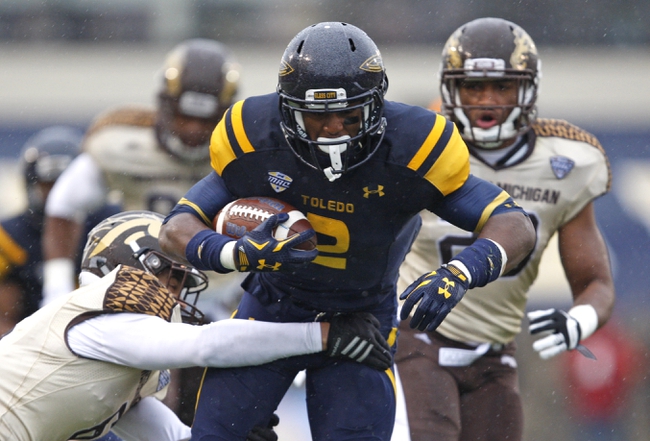 The Toledo Rockets will travel to Peden Stadium to take on the Ohio Bobcats this Wednesday night in College Football action.

This should be an exciting game on Wednesday as both Toledo and Ohio are two of the better teams in the MAC conference. Toledo has been excellent this season as although their offense gets a lot of the credit as they have playmakers at the all the major positions, the Rockets defense has been excellent since conference play has started, holding MAC opponents to just an average of 16.0 ppg. Ohio has a great duel-threat QB Nathan Rourke, however, as shown in the 1st half against Miami (OH), their defense can at times struggled stopping the ball. Toledo’s on loss this season came on the road against Miami, in a game that they were actually winning at halftime, and as I think the Rockets are just a better team on both sides of the ball, I think they’ll do enough on the road to win this one by at least a TD. Take Toledo to cover.