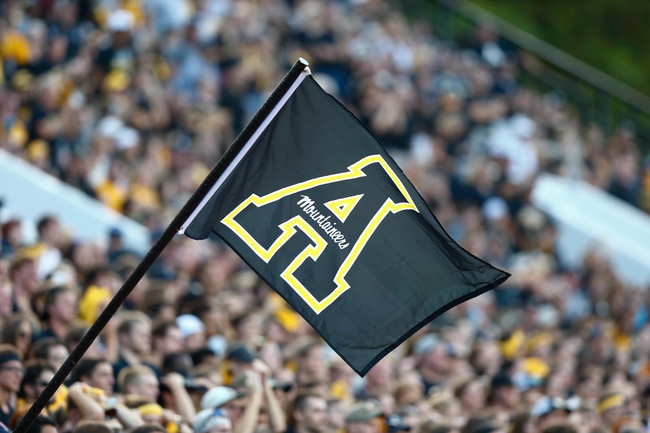 On Thursday from Kidd Brewer Stadium in Boone, the Georgia Southern Eagles and the Appalachian State Mountaineers will be meeting up in college football action.

On the year so far, Werts has 650 yards, four scores and four picks, and Wesley Fields leads the Eagles on the ground with 494 yards and three TDs on 117 carries. Leading the receivers is Obe Fortune, who is the top Eagle on 15 catches for 189 yards and one TD.

Over on the Appalachian State side, they’re sitting at 5-4 on the year. The Mountaineers posted three straight wins last month but have lost their last two to UMass and UL Monroe. In that UL Monroe game, Appalachian State QB Taylor Lamb put up 339 yards with four scores.

On the season, Lamb has 2096 yards, 19 touchdowns and four picks, and Jalin Moore leads the Mountaineers rush on 563 yards and six TDs from 112 carries. Ike Lewis is the top receiver for Appalachian State with his 35 catches for 494 yards and six TDs.

Needless to say, Georgia Southern doesn’t inspire much fear in their opponents. The Eagles have scored no more than 20 points in their last three games, and have given up at least 35 points in six of eight. As for Appalachian State, they’re scoring a lot (at least 27 in four of their last five) but also giving up a lot of points. This one should be a high-scoring affair and a Mountaineers win. The over doesn’t look like a bad play.