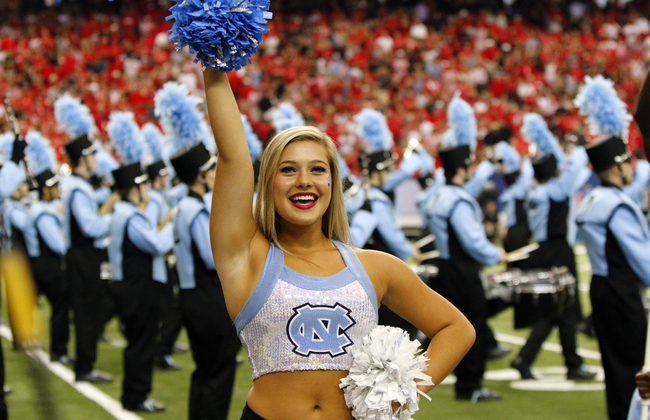 North Carolina has won just one game this year, September 16 versus Old Dominion. Since then the Heels have lost to Duke, Georgia Tech, Notre Dame, Virginia, Virginia Tech and Miami. In that Hurricanes game, North Carolina QB Nathan Elliot had 173 yards, one TD and three picks.

So far this year, Chazz Surratt leads the Tar Heels with 1284 yards, seven touchdowns and three picks, while Jordon Brown has 104 carries, 459 yards and three touchdowns. Tops in receiving for North Carolina is Anthony Ratliff-Williams with 20 catches for 336 yards and three TDs.

Over on the Pittsburgh side, they’re currently 4-5 on the year. The Panthers have won their last two games, however, beating Duke and Virginia. In that Virginia game, Pitt QB Ben Dinucci had 134 yards, one TD and one pick.

On the season, Dinucci has 895 yards, four TDs and four picks, and Darrin Hall is the top Pittsburgh receive with 473 yards and five scores off 80 carries. Jester Weah is the lead receiver for the Panthers on 29 catches for 489 yards and four TDs.

North Carolina has really been struggling to find an identity this year, and as a result they’re throwing a bunch of stuff against the wall to see what sticks. The Tar Heels haven’t topped 19 points in any of their last six games, and they’ve allowed at least 27 in three of those. As for Pitt, they didn’t look great versus Syracuse or NC State but have allowed just 31 points over their last two, scoring 55 themselves. I like Pittsburgh to keep it going and cover here.