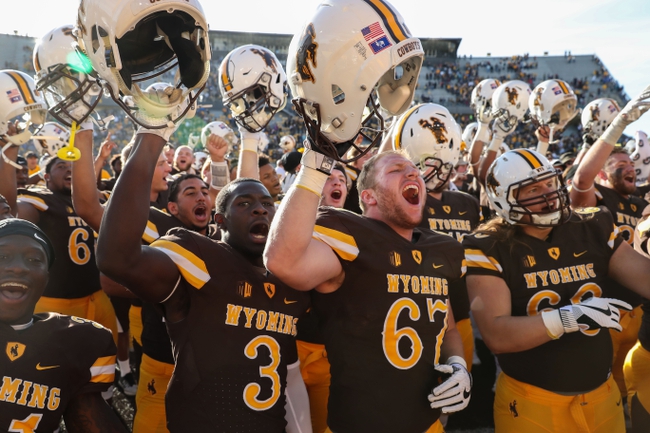 The Wyoming Cowboys will travel to Falcon Stadium to take on the Air Force Falcons this Saturday night in College Football action.

Wyoming had a tough start to their season as they didn’t look great in nationally televised games against Iowa and Oregon, however, the Cowboys have shown why they are one of teams to beat in the Mountain West as they are led by an outstanding QB in Josh Rosen and a defense that leads the country in turnover margin. Even after being held scoreless against Army, Air Force come into this matchup with the 30th ranked scoring offense in the country and will need their defense, which ranks just 100th in scoring defense, to find answers in slowing down Josh allen and the Cowboys offense. With all the talk about Josh Allen in the pre-season, I think the public started to underestimate this Wyoming team after two poor performances against Iowa and Oregon. I think the Cowboys defense will give the Air Force offense some trouble in this one and as Wyoming should be able to force some turnovers, I think Wyoming and the points are the play here.