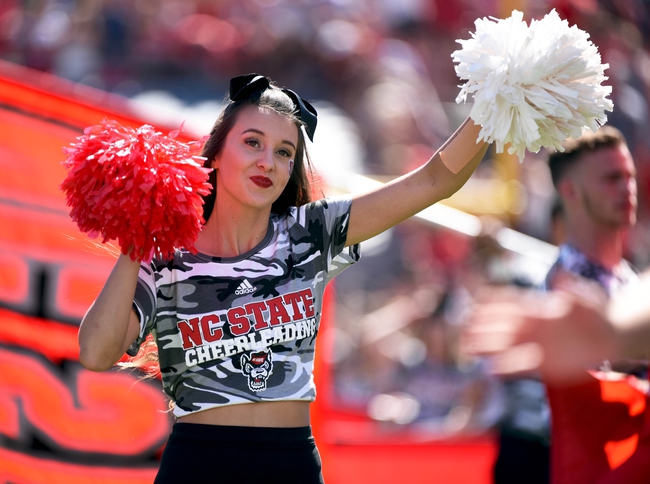 Over at BC Alumni Stadium on Saturday, the NC State Wolfpack and the Boston College Eagles will be taking the field in ACC college football action.

The Wolfpack are 6-3 overall on the year, breaking a six-game win streak with losses to Notre Dame and Clemson in their last two games. In that Tigers game, NC State QB Ryan Finley had 338 yards, three touchdowns and two picks.

So far this year, Finley has 2519 yards, 15 touchdowns and three INTs, and Nyheim Hines leads the NC State rush on 688 yards, 126 carries and six TDs. Kelvin Harmon is the top Wolfpack receiver on his 51 catches for 799 yards and four scores.

Over on the Boston College side, they’re currently 5-4 on the year. The Eagles have won their last three games versus Louisville, Virginia and Florida State. In that Seminoles game, BC QB Anthony Brown posted just 54 yards with one INT.

On the season, Brown has 1338 yards, 11 TDs and eight picks, and AJ Dillon is the leading Boston College rusher with 843 yards and seven scores off 185 carries. Kobay White is the top Eagles receiver with 359 yards and two scores from 26 receptions.

This game marks the beginning of a stretch of three winnable games for NC State, and is their chance to get in good bowl position. The Wolfpack have played two good teams in their last pair of outings, and though they only put up 14 on Notre Dame they managed 31 versus Clemson. As for Boston College, they’ve been scoring well over their last three games, with 121 points combined in that stretch. I like the Eagles to keep it going here and cover.