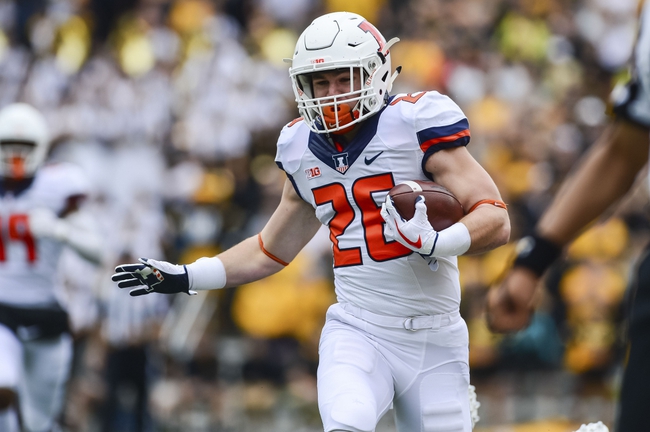 We have 11 combined losses between these teams and zero Big Ten victories. Indiana has won the last two meetings against Illinois in blowout fashion and the Hoosiers are still alive for a bowl game even if they have to win their final three contests. The Fighting Illini have nothing to play for but pride, but they have hung around with teams as of late, keeping the Wisconsin game within two touchdowns and losing to Minnesota by just seven points on the road. This isn't game I'll be betting, but if forced to pick, I'm not laying chalk with an Indiana team that seems to be falling apart. Illinois is desperate for a victory, and this is a winnable game at home against a team that can't win either. I'll take my free eight points.