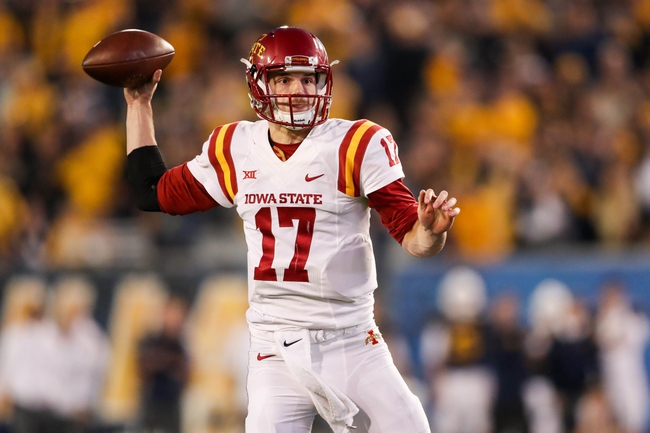 Oklahoma State is coming off a game in which it couldn't come close to getting a stop, as the defense watched running backs and receivers walk into the end zone damn near every play Oklahahoma ran. The Cowboys may also be without James Washington, one of the top receivers in the country. Iowa State doesn't have the same firepower as the Sooners, but it's clear Oklahoma State is brutal defensively, and the Cyclones play tough on both sides of the ball regardless. Iowa State has been a covering machine as of late and has produced covers in eight of its last 11 at home. I wouldn't think twice about taking the free touchdown with Iowa State. Oklahoma State showed its true colors last week.