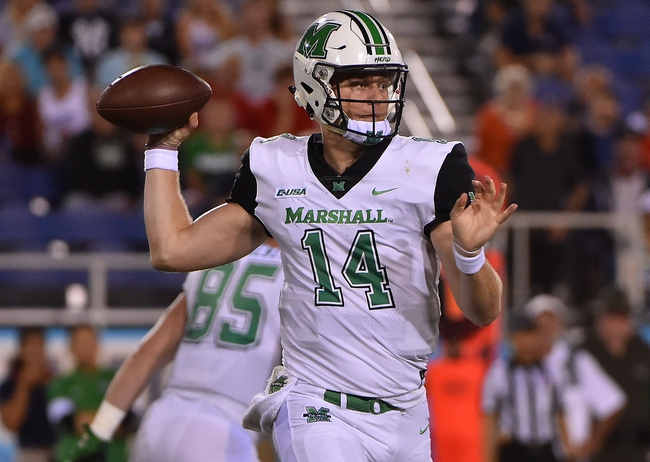 The Western Kentucky Hilltoppers will travel to Joan C. Edwards Stadium to take on the Marshall Thundering Herd this Monday night in College Football action.

Western Kentucky has had an up and down season this year and has uncharacteristically struggled on the offensive end as the Hilltoppers offense currently ranks just 79th in the country. Marshall comes into this game on a 2-game losing streak however, played two of the better teams in the C-USA in FAU and FIU tough and has an outstanding defense that ranks 23rd in the country. Western Kentucky is just not the same team that we’ve seen over the past few years as even their C-USA wins have been close (i.e. their 15-14 win over the 0-9 UTEP Miners) and as I think the Marshall defense at home will give the Hilltoppers trouble, I think the Thundering Herd is the pick here. The line has yet to be released but unless, Marshall is favored by more than 10 here, I’m leaning initially towards Marshall.