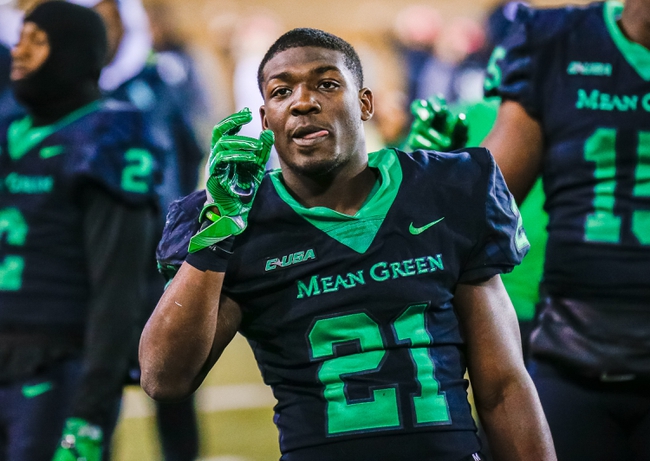 Down in Denton at Apogee Stadium on Saturday, the UTEP Miners and the North Texas Mean Green will be facing off in college football action.

The Miners have skidded to an 0-9 start so far. In the last four games, UTEP has lost to Western Kentucky, Southern Miss, UTSA and Middle Tennessee. In that most recent game, UTEP QB Ryan Metz put up just 48 yards on 10-of-23 passing.

So far this year, Metz has 450 yards with one TD and four picks, and Quadraiz Wadley leads the Miners with 277 yards and a score off 58 carries. Tyler Batson is the leading UTEP receiver with his 16 catches for 214 yards and one TD.

Over on the North Texas side, they’re currently 6-3 on the year. The Mean Green lost to FAU on October 21, but since have beaten Old Dominion and LA Tech. In that last outing, North Texas QB Mason Fine logged 203 yards, one TD and a pick.

On the season, Fine is sitting on 2591 yards, 18 touchdowns and nine INTs, and Jeffery Wilson leads the North Texas rush with 999 yards and 13 TDs on 149 carries. Jalen Guyton is the top Green receiver with 44 catches for 729 yards and seven scores.

There’s no two ways about it: UTEP just isn’t good. They’ve posted a total of 17 points over their last three games combined, and aside from 21 points against Army, they haven’t scored more than 16 all season. As for North Texas, they’re giving up a ton of points lately—including a whopping 69 against FAU, but are scoring well enough that it’s not as big an issue as it could be. This is a really thick line, so it’s probably a game to stay away from. That said, North Texas has every opportunity in the world here to post a blowout win so I’m going with the Mean Green.