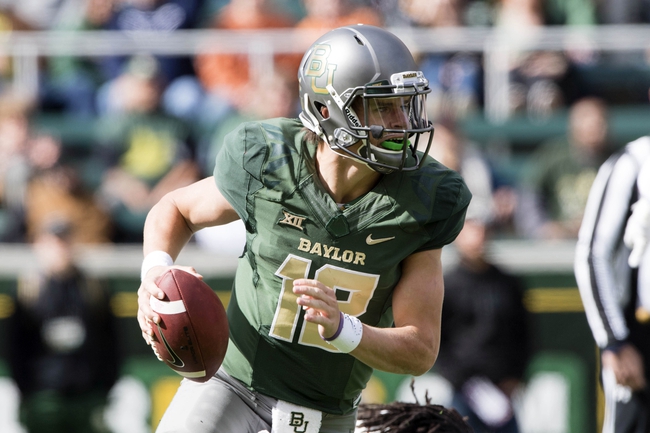 The Baylor Bears look for another feel good victory to rebound from a rough 1-8 record. The Baylor Bears have won three of their last four neutral site games. Charlie Brewer is completing 67.1 percent of his passes for 646 yards, five touchdowns and one interception. Brewer enters this game with 76 career pass attempts under his belt. Denzel Mims and Chris Platt have combined for 1,250 receiving yards and 12 touchdowns while Pooh Stricklin has 23 receptions. The Baylor Bears ground game is averaging 121 yards per contest, and John Lovett leads the way with 405 yards and five touchdowns. Defensively, Baylor is allowing 36.1 points and 479.4 yards per game. Clay Johnston leads the Baylor Bears with 54 tackles, Ira Lewis has 3.5 sacks and Henry Black has one interception.

Texas Tech needs this game if it wants any chance to reach a bowl game this season, while Baylor just wants another win to not only play spoiler but to climb out of this rough 1-8 hole. I'm not sure how anybody can lay chalk with Texas Tech, as the defense has been getting rocked lately and that includes allowing Kansas State to comeback last week and beat the Red Raiders in overtime. And while Baylor has been piling up the losses, four of those seven came by eight or less points, and the Bears still show the ability to score points in bunches. This could be a back-and-forth game, and based on the way Texas Tech has been playing lackluster football, this is a game Baylor could win outright in Jerry's World. I'll take my free touchdown with the hook.