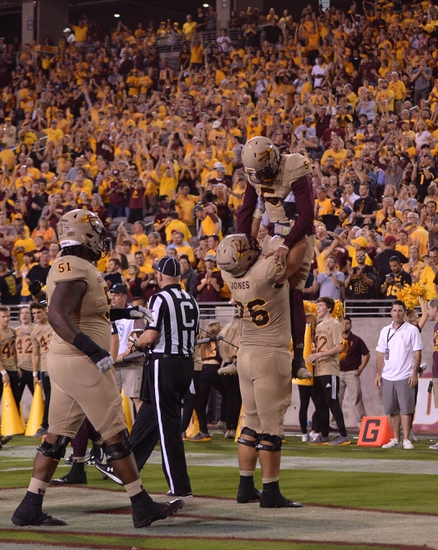 The Arizona State Sun Devils will travel to the Rose Bowl to take on the UCLA Bruins this Saturday night in College Football action.

Arizona State has been one of the more unpredictable and surprising teams in the PAC-12 this season as the Sun Devils have shown they can compete against anyone after their victories against Washington at home and Utah on the road. UCLA has one of the better QB’s in the country in Josh Rosen, however, their defense has struggled all season and come into this matchup ranked 125th in country in scoring defense. This line has yet to be released due to the uncertain status of Josh Rosen, however, even if Rosen plays I think the Sun Devils defense will be able to cause some turnovers and that their offense shouldn’t have any trouble putting points up on the board. Please check back when the line is posted, however, unless UCLA is getting a good amount points, I’m rolling with the Sun Devils here.