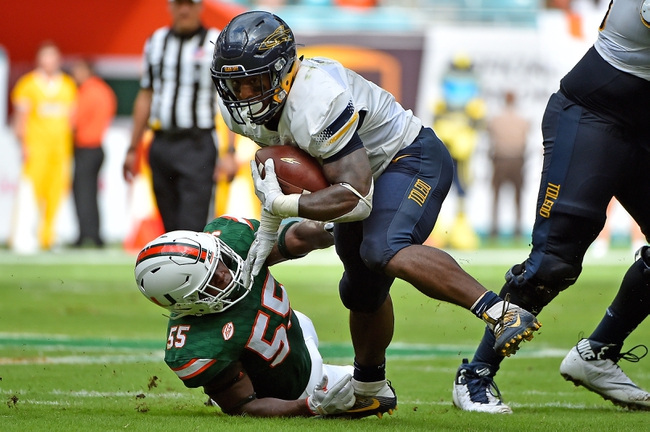 The Toledo Rockets will travel to Doyt Perry Stadium to take on the Bowling Green Falcons this Wednesday night in College Football action.

The Bowling Green offense has started to come around as of late since QB Jarret Doege has taken over the starting duties, however, the Falcons will have trouble securing anymore wins on their season if their defensive doesn’t improve as it currently ranks 112th in scoring defense. Toledo still controls their fate in the MAC conference, however, has no room for error after the offense struggled in their recent loss again Ohio. Toledo is a much better team than what we saw last week and as the offense should be able to get back on track against the Falcons defense, I think Toledo wins big knowing they must win out to reach the MAC Championship.