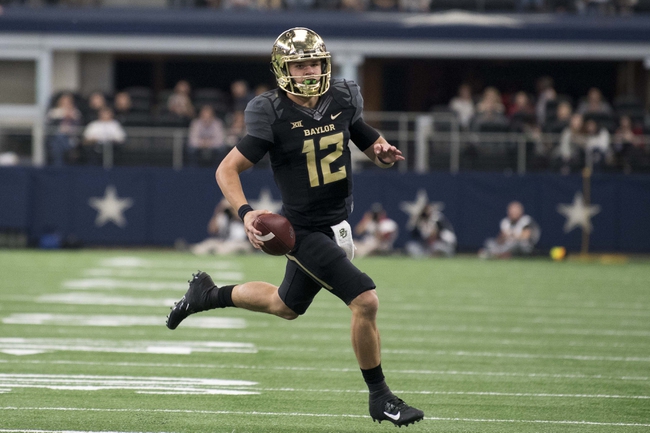 The Baylor Bears hope to win their first home game of the season to rebound from a brutal 1-9 record. The Baylor Bears have lost seven straight home games. Charlie Brewer is completing 67.6 percent of his passes for 1,063 yards, eight touchdowns and two interceptions. Brewer has six touchdown passes and one interception in his last two games. Denzel Mims and Chris Platt have combined for 1,402 receiving yards and 13 touchdowns while Pooh Stricklin has 31 receptions. The Baylor Bears ground game is averaging 119.5 yards per contest, and John Lovett leads the way with 419 yards and five touchdowns. Defensively, Baylor is allowing 36.3 points and 465.2 yards per game. Clay Johnston leads the Baylor Bears with 60 tackles, Taylor Young has 4.5 sacks and Henry Black has one interception.

Iowa State has cooled off a bit with back-to-back losses and its last three games overall have been decided by seven or less points. Six of Baylor's nine losses have been decided by 14 or less points, and the offense has found a spark in Brewer leading the way at quarterback. While past Baylor teams aren't in the same boat as this one, the Bears have also won the last four games against the Cyclones. Baylor hasn't been blown out often this season, and there's a group of close seniors who will do whatever they can to end their careers with a home victory. I'll take the Baylor Bears to keep this within single digits.