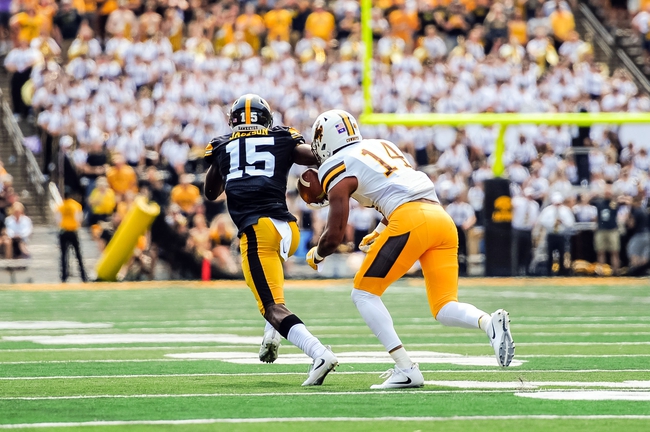 The Iowa Hawkeyes look for their seventh victory of the season after splitting their last eight games. The Iowa Hawkeyes have won seven of their last eight home games. Nate Stanley is completing 56.2 percent of his passes for 1,970 yards, 22 touchdowns and five interceptions. Stanley has six touchdown passes and two interceptions in his last three games. Nick Easley and Noah Fant have combined for 774 receiving yards and 11 touchdowns while Matt VandeBerg has 23 receptions. The Iowa Hawkeyes ground game is averaging 131.4 yards per contest, and Akrum Wadley leads the way with 784 yards and five touchdowns. Defensively, Iowa is allowing 20.1 points and 370.3 yards per game. Josey Jewell leads the Iowa Hawkeyes with 104 tackles, Anthony Nelson has six sacks and Josh Jackson has seven interceptions.

Iowa has beat up on Purdue in each of the last four meetings, winning all of those games by at least 14 points. Based on the hit or miss play from Purdue and the lack of success on the road, it's hard seeing this game being any different. Iowa has been a really consistent football team, especially at home this season where it would be undefeated if Penn State didn't score on the last play of the game. Purdue has done a good job of keeping losses close and covering, but Iowa is simply playing better football and should be able to wear down Purdue will pulling away in the second half. In other words, more of the usual when these two teams meet.