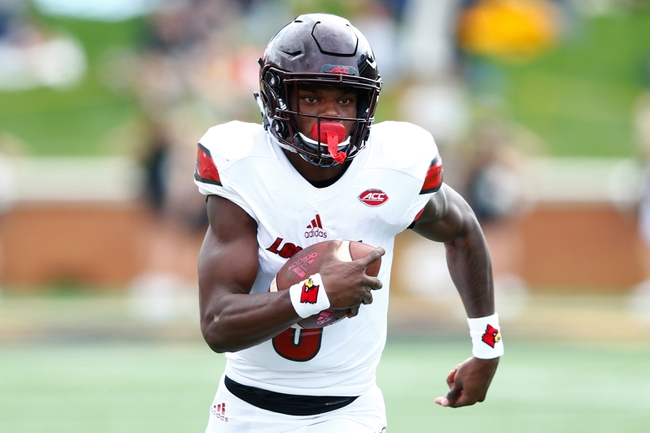 Down at Papa John’s Cardinal Stadium on Saturday, the Syracuse Orange and the Louisville Cardinals will be meeting up in college football activity.

The Orange are 4-6 this year so far, and have lost their last three games straight versus Miami, Florida State and Wake Forest. In that Wake Forest game, Syracuse QB Zack Mahoney put up 384 yards with three scores and two picks.

Eric Dungey still leads the Syracuse rush with 143 carries for 595 yards and nine TDs, and also is tops in passing with 2495 yards, 14 touchdowns and nine picks. Steve Ishmael leads the receivers with 92 receptions for 1131 yards and six TDs for the Orange.

Over on the Louisville side, they’re sitting at 6-4 on the season so far. The Cardinals have lost three of their last five, but did get a win over Virginia their last time out. In that one, Louisville QB Lamar Jackson put up 195 yards and three touchdowns through the air and 15 carries for 147 rush yards and a TD.

On the year, Jackson has 3003 pass yards with 21 touchdowns and six INTs, and he also leads Louisville in rushing on 1176 yards and 15 TDs from 178 carries. Jaylen Smith is the top Cardinals receiver with his 44 catches for 703 yards and four touchdowns.

Syracuse has been giving up a lot of points this year. They’ve surrendered at least 24 in their last seven straight, and have coughed up 118 over their last three alone. Louisville seems to have that problem lately as well, giving up at least 28 in four of their last five games. That said, Louisville outclasses Syracuse here and I expect the Cardinals to come out and put up a dominant cover.