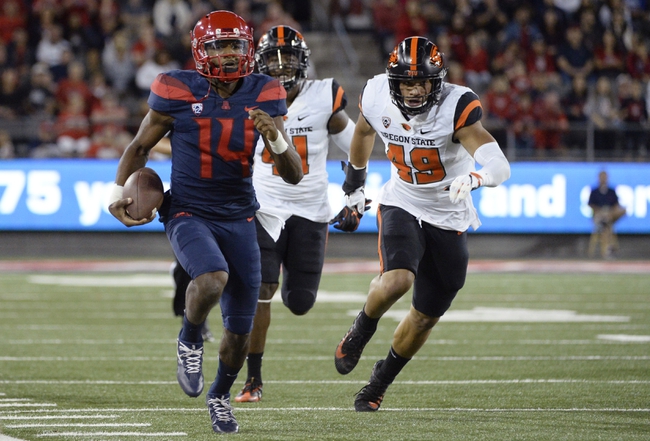 The Arizona Wildcats will travel to Autzen Stadium to take on the Oregon Ducks this Saturday in College Football action.

Arizona got back on the winning track led by their rushing attack that has been nearly unstoppable since Khalil Tate took over the starting duties at QB. Oregon looked primed to get back into contention in the Pac-12 after their offense looked unstoppable early in the season, however, injuries have really slowed down the Ducks offensive attack. Oregon does have one of the better rushing defenses in the country that could help slow down the Arizona rushing attack, however, if Herbert is unable to play in this one, it's hard to see the Ducks putting up a lot of points. This game has yet to be lined due to the uncertainly of Herbert, however, if he doesn’t play, I’m probably going to roll with the Wildcats as long as the line isn’t too ridiculous. Please check back when the line is posted.