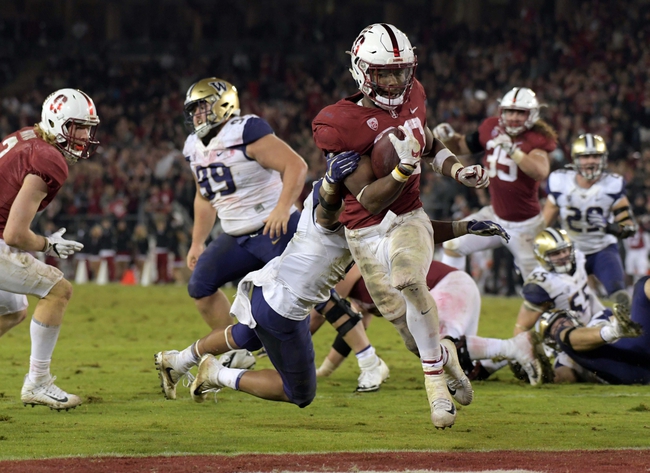 The California Golden Bears will travel to Stanford Stadium to take on the Stanford Cardinal this Saturday night in College Football action.

California has lost 5 of their last 7 games and has really struggled defensively on the road this season as the Golden Bears has 39.3 ppg. Stanford picked up their biggest win of the season against Washington and is led by top rusher in all of College Football in Bryce Love. California has a nice start to their season, however, I really like what I’ve seen from the Stanford offense since they got Bryce Love back from injury and decided to start K.J. Costello. Overall, I just don’t see the Golden Bears defense slowing down the Carinal, I’m taking Stanford to cover this large home spread.